How conductivity is highlighted through vectoring of sulphide lineations

Often times we observe tube-like sulphide bodies that cross through the core – usually with some obliquity to the core angle. These sulphides can be solidly connected or they can form sulphide clusters, which might still hold an overall tube-like or pencil-like shape. 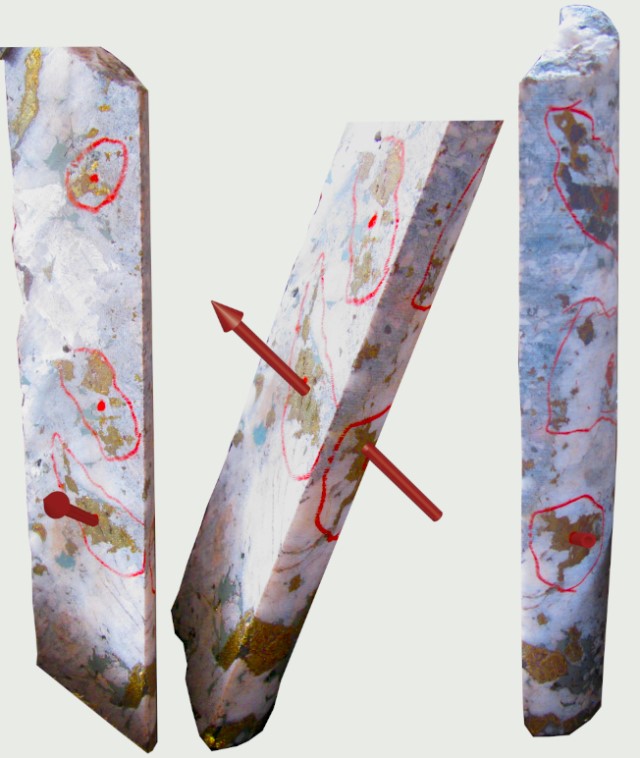 I prefer to describe them as sulphide body lineations. In other instances, in nickel-sulphide exploration, we might see sulphide blebs or droplets that, by flattening or imposing flow, or both, develop an ellipsoidal shape. Occasionally, these blebs connect themselves along opposite faces of the core. In this case, I prefer to call them droplets-blebs sulphide lineations.

Despite their formational origin, we should first try to understand their shape, orientation and distribution. They are vectors! They are the most basic type of mineralization vectors at the core scale. Now we want to know what are they aiming at? How pervasive are they? These are questions that can be simply addressed at the drill site and validated as drilling progresses.

Indeed, if many of these mineralization vectors are distributed within or nearby mineralization envelops, they can distinctively show grade distribution and its continuity in space. They have the inherent capacity to direct towards the best locations for new drilling, which saves you time and money in your budget.

Continuity, in these cases, is pre-emptively determined by using multimeters – as indicated in the following images. Normally these lineations are not particularly constrained into planes, therefore we use the vSET Method© to fully read their parameters from the core. In this way our 3D models give the most robust picture possible. 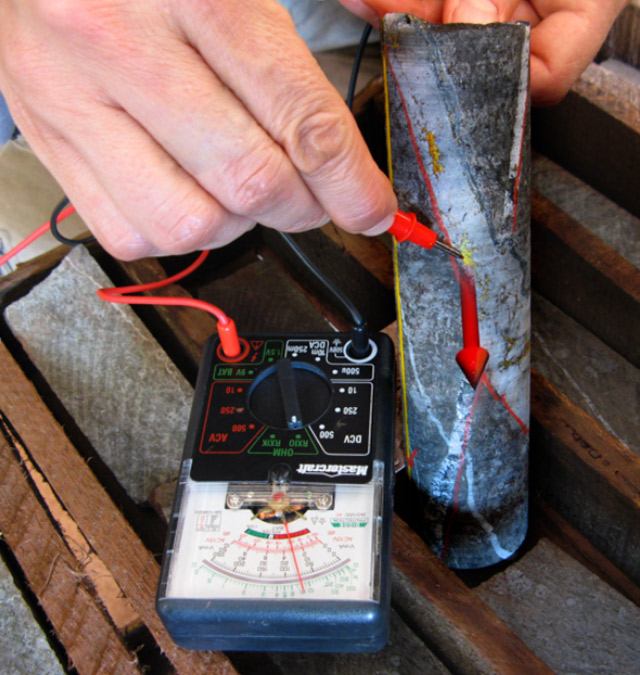